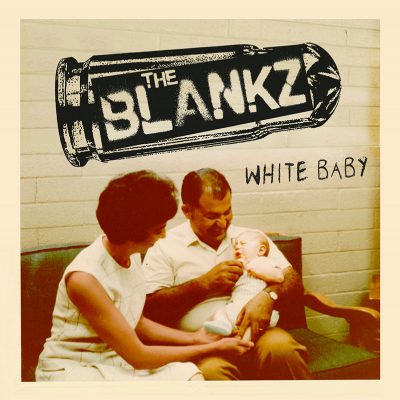 Born in 2017, The Blankz are a vibrant electrical current of pogo-inducing madness. Together, they are Tommy Blank (vox), Jaime Blank (guitar), Andy Blank (bass), Johnny Blank (drums) and Nikkie Blank (synthesizer), who also fronts The Darts. They are from Phoenix, Arizona, and like their state, they are hot but not bothered. Their debut record, the White Baby/Sissy Glue record, is a lethal combination of orgasmic weirdo pop infused with the sensibilities of raucous punk rock.

Check out the full album review published by @SLUG MAGAZINE!!

Piss Test live up to strong legacy of 40 years of devastatingly raw punk rock. It’s fast, hard and takes no prisoners. It contains all the familiar themes of defiance, anger and disaffection with society, which makes for a solid punk record. This self-titled LP boasts a style that reminds me of the bastard offspring of DI and DOA. It even comes across as a distant cousin of contemporaries, The Night Birds. 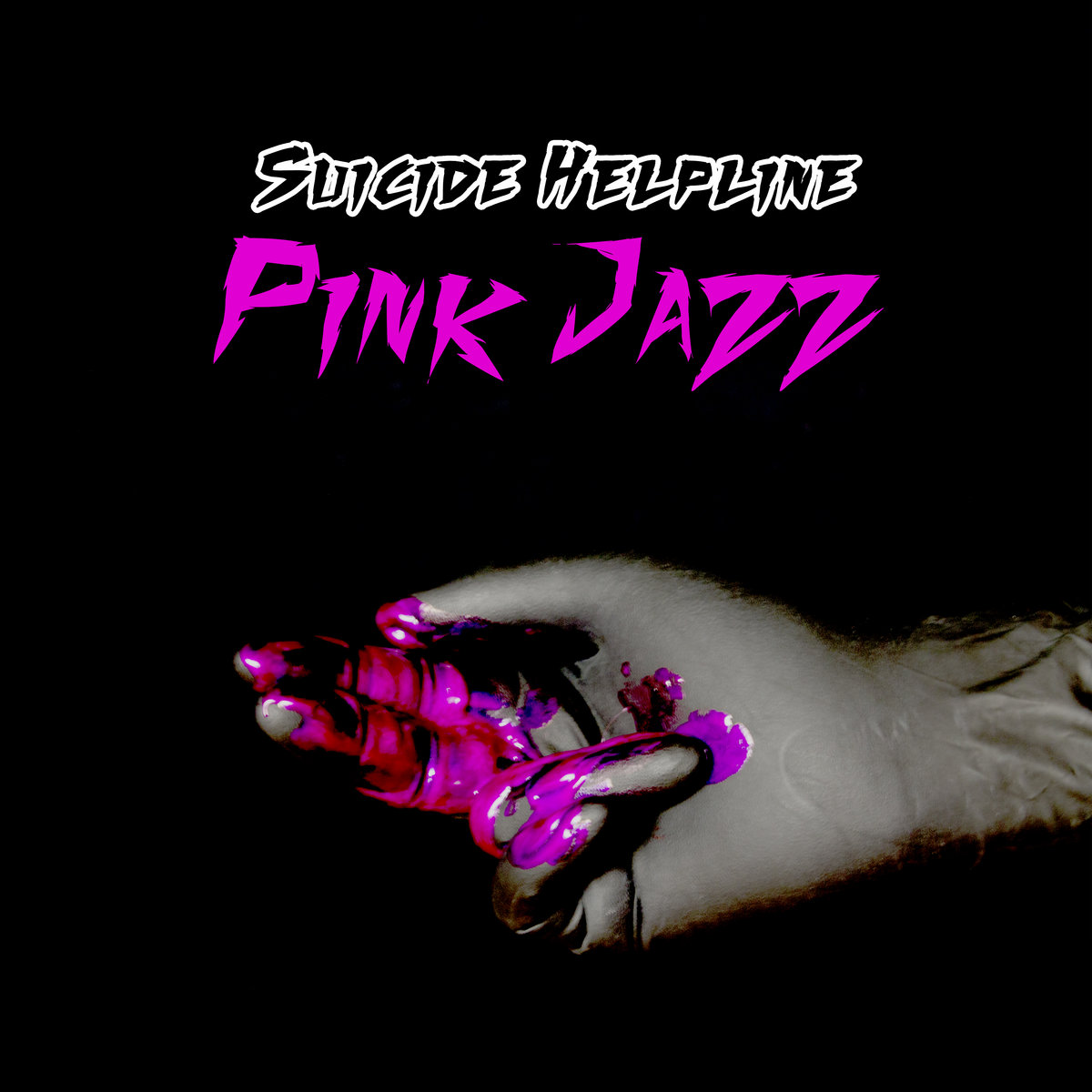 Suicide Helpline’s Pink Jazz is all too appropriate for this day and age. This album’s socially aware themes harken on the vast insecurities plaguing the millennial generation’s anxiety toward an uncertain future. Suicide Helpline brilliantly do this with a volatile concoction of Clash meets the Adverts style of punk discontent with post punk sensibilities. This album boasts uniquely intelligent lyrics and within these grooves, I hear the echoes of Joe Strummer’s and TV Smith’s poetic notions of rebellion.

It’s hard to just pick a few songs to showcase, but the opening number is not a bad place to start.  “Living Is A Curse” sets the tone for Pink Jazz.  It’s is a real attention grabber with a strong beat and bouncing guitar riffs.

My favorite is “Welcome To The Rest Of Your Life.” This is the foreboding song that profoundly describes a privileged  monotonous life. Its lyrical commentary satirizes the seemingly aimless existence of the silent majority just going through the motions. It has a sort of Newtown Neurotics unapologetic directness quality to it, but invokes the eeriness of a Hugh Cornwall like Stranglers tune.

“X Youth” is a song that describes the desperation of the X generation. It rings of the frustration invoked by the Dead Kennedys “Kill The Poor,” and maintains an early hardcore edge but with a distinctly post punk feeling. This is the much needed foreboding anthem for what appears to a generation of the soon-to- be-damned. Plus, the chorus is catchy as hell.

“No Wars, Only Battles” is an up-tempo tune to bounce to. With a strong build up curtesy of electro-punk guitar riffs and provoking lyrics, this is a solid tune. Lyrically it exemplifies the pointlessness of the 21st century western imperialism. Play this loud and pogo while decrying the inflammable legacy left by inept political leadership.

If there is a band that  matters, it is Suicide Helpine.  Pink Jazz is absolutely stunning and it demonstrates that punk is music that still actually has something say.  So, be sure to grab this album wherever available. 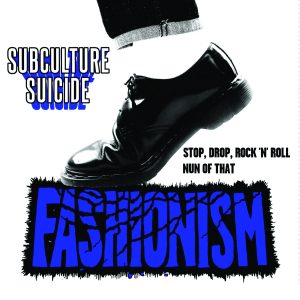 The new single, Subculture Suicide 7” brilliantly continues on this trend by pumping out three songs of provocative high energy wrapped within a volatile twist. Fashionism jolts their listeners to remember when music was a dangerous thing that provoked passions and instilled a razor blade edged code to live by. The title track “Subculture Suicide” ” is easily for the forgotten subcultural romantics who have yet to succumb to the allures of a music inspired lifestyle threatened and rebranded as a cheap commodity. It’s a relevant track and will have any eager listener shaking all about.

“Stop Drop and Rock n’ Roll” stands out as the defiant track  celebrating the gs  relevantly upbeat and will have you shaking all about.  It’s a track perfectlory of all things that shake, shimmy and jive. It’s a song that is riddled with an electric feel of a powerful poppy nature and is easily addicting to the ears. Played loud and often this will have you uncontrollably bopping about.

“Nun of That” is ridiculously and sensationally fun. Provided that you willfully to surrender to feelings of sinful joy inspired by radical chemical imbalance of a ritalin addled mind, then this 1 min and 34 second song is for you. Pogo away.

The Subculture Suicide 7″  is further demonstration of Fashionism’s awesome ability to deliver some stirring hook filled tunes. Each track comes across as lyrically inspiring and has a sound that one can move and groove to.  Only thing missing in this discography is an LP. For now though, one will have to be happily content with dropping the needle on the Subculture Suicide 7”. So, don’t waste any more time and be sure to dig this.
—Nick Kuzmack

Check out their first single from Hosehead Records

You and everyone subject to your sound system should note and thoroughly enjoy the sheer, brutal and deadly brilliance of Dead Bod. This self-titled EP beautifully captures a contemporary form of the late-’70s L.A. punk explosion, which inspires nostalgia for the movement. 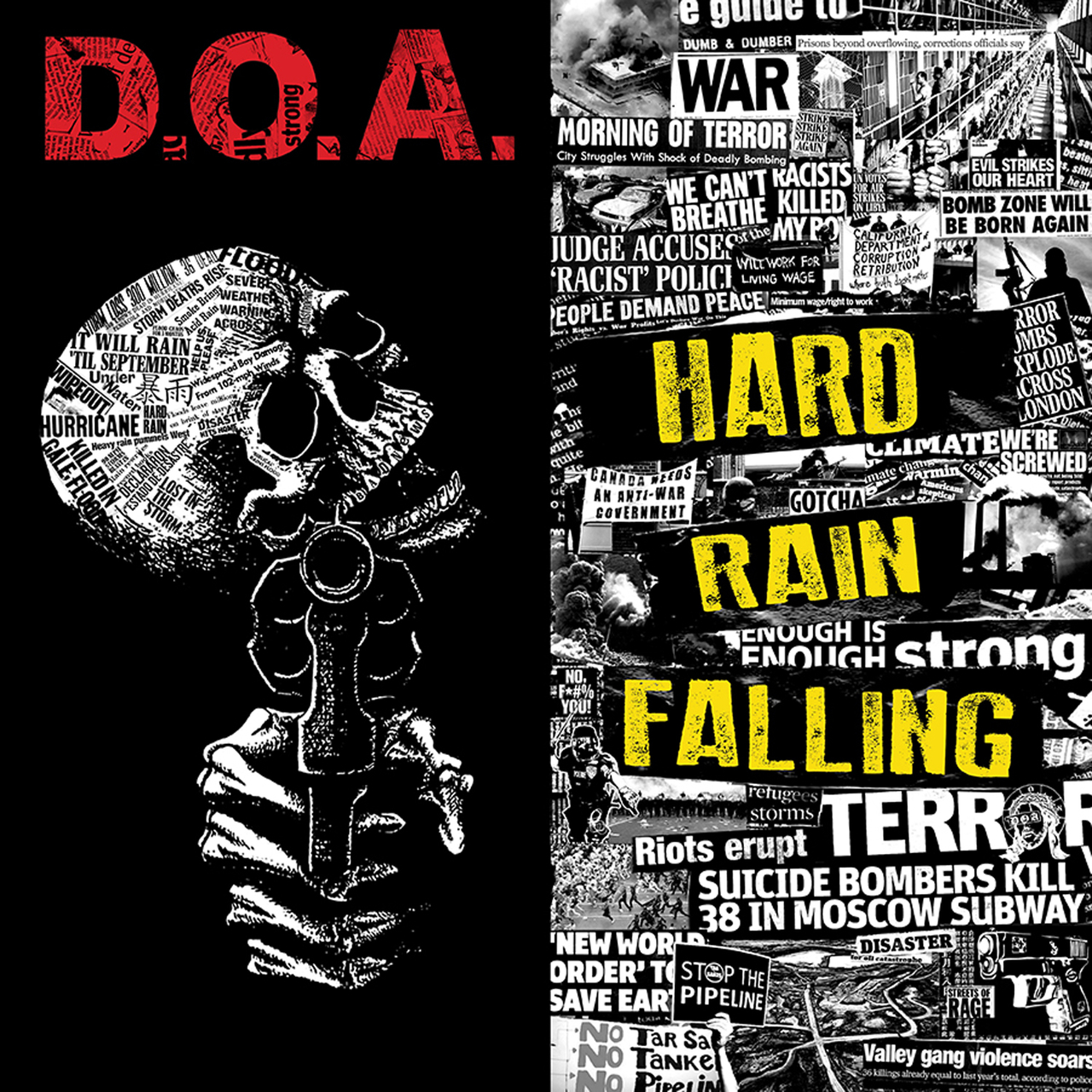 Old and new fans alike will dig this. True to their hardcore and punk roots, Vancouver punk legends D.O.A deliver a blitz of simply stunning, no-bullshit numbers for the agitated soul. This album is filled with solid tracks, like the excellent cover of The Slickers’ “Johnny Too Bad,” but the gems in a D.O.A album are their always critical examinations of society and the world at large. 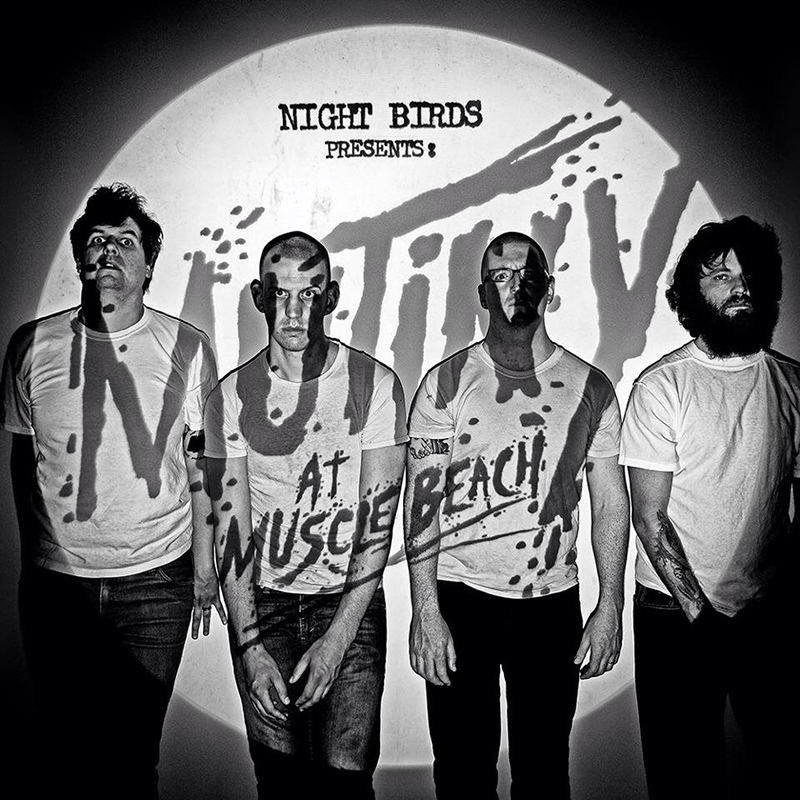 This is a must-have album, plain and simple. Night Birds never fail to deliver the stunning perfection of a solid-anger, no-bullshit punk sound. Their new album, Mutiny at Muscle Beach, enacts this sound through its 12 tracks of definitive, razor-sharp riffs, angst-filled vocals and beats so ferociously fast that it might as well invoke the insane speed of the Ramones. 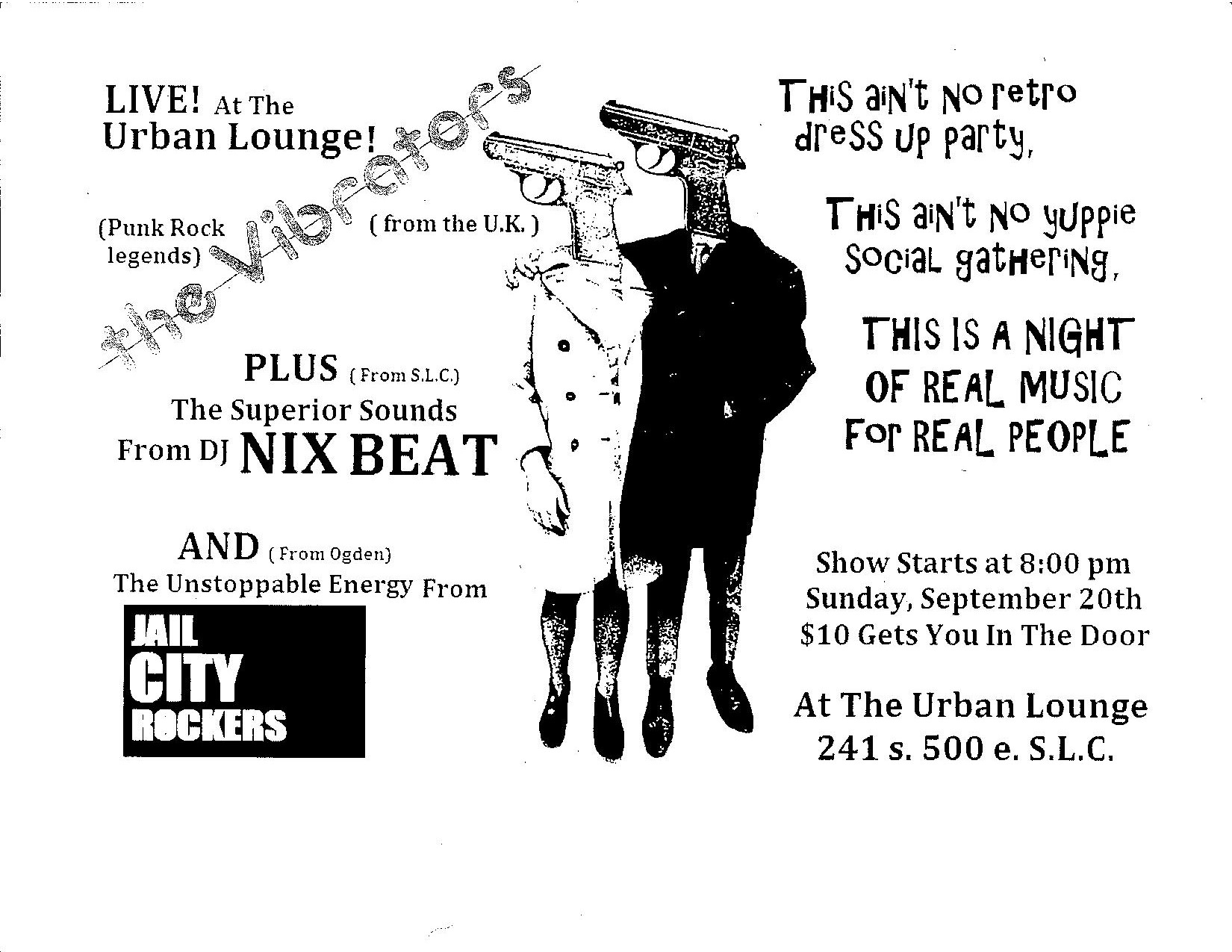 The Weirdos played an awesome set at Urban Lounge on July 17.

This evening holds a promise of excitement from two legendary groups who’ve helped build the foundation of punk—The Weirdos and The Adolescents. The latter I’ve seen before while living in London, but with the addition of the former, it’s all I can do to keep my composure as I hang in the patio of the Urban Lounge. The place was packed and, while this is not necessarily surprising for a Friday night, it is interesting to see several generations of punk rockers under one roof—studs, bristles and all. I can’t help but acknowledge some romantic notions of this gathering being a symbol of the rich legacy of punk in Utah. 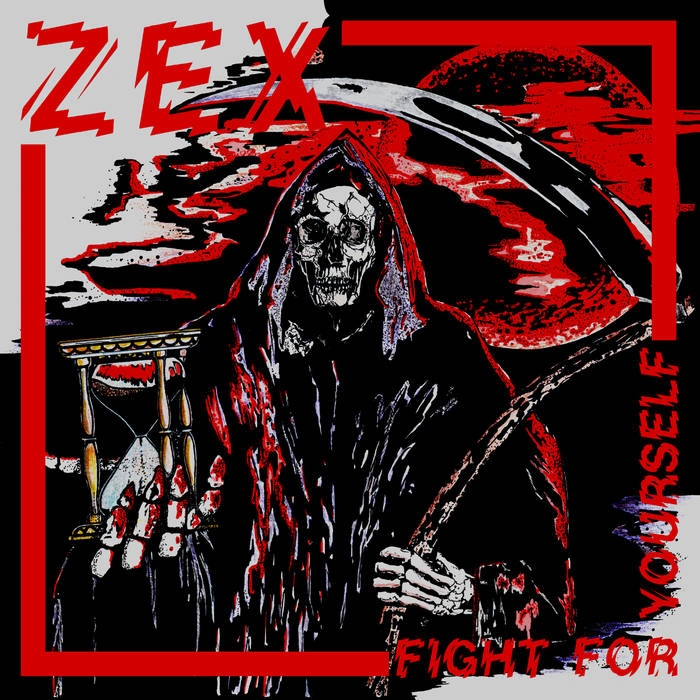 Zex is the perfect example of UK82 punk rock in the contemporary form. Their album, Fight For Yourself, is 10 tracks that beautifully highlight the best 1980s street punk. However, Zex’s message of individuality and teenage rebellion are almost comical, as it is so dead-on à la their raw sound and passionate vocal simplicity.

For more on ZEX check out A WANDERLUST INVASION: CHATTING WITH ZEX’S JO CAPITALICIDE