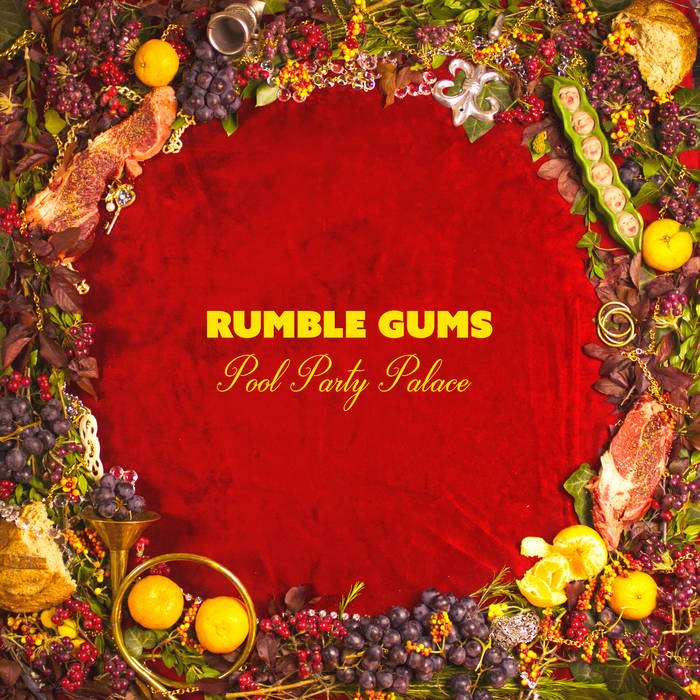 Beware of the seductive sounds that drift through the airwaves due to Rumble Gums. Their new album Pool Party Palace is unique and strangely delightful. It is perhaps one of the more interesting albums to come from Salt Lake City this year, and I feel I’ll be hard pressed to find a sound that is as straight forward with it’s intention. Rumble Gums boast music that blends the charming aspects of indie- rock with the baby making noises of funk and rapid fire verses of hip hop. It’s a combination that risks listeners to get down and dirty while appearing otherwise totally clean.

One could think of The Pimps of Joytime as a like-minded contemporary group, but Rumble Gums are a bit more subtle and not as provocative. This being said, Rumble gums brilliantly demonstrate an ability to invoke strong desires to groove and move. Listener should find that Pool Party Palace is an album that maintains a consistent feel good listen that is clever and always inviting. If your party is a drag, consider this as a viable invocation to inspire life. Its something to be turned on with confidence. For once you pop this one on signs of life may begin to become apparent where there was once none. Top tracks to play first and foremost are “Smooth Talkin,” the soulful longing of “Green Machine,” and “That Fine Feelin.” Other party favorites include “Disco” and “Lay Room.” Be sure to get your hands on this, it’ll sure to be a party favorite. —Nick Kuzmack

For more on Rumble Gums check out their Bandcamp and Website. 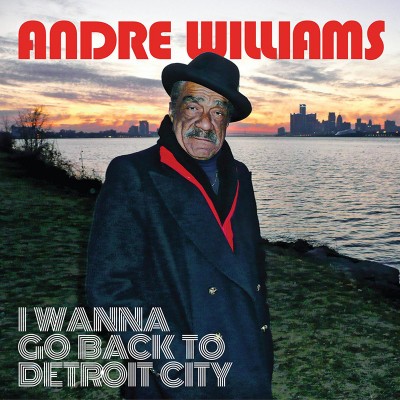 Soul and funk are not for the faint of heart. It’s for the ever romantic rebel and the fiery lover. For decades, Andre Williams has delivered songs coated in funk-lessened riffs and soulful relevance. In his new album, I Wanna Go Back To Detroit City, Williams continues this trend by brilliantly displaying a keen ability to stylize his cool, nitty-and-gritty, bluesy funk. I Wanna Go Back To Detroit City echoes his impressive persona, defined by his smooth and charismatic voice. These are nine tracks that defiantly remind the listener of the proud strength, but sad state, of the once prosperous motor vehicle capital of America. As the record spins, listeners will easily find that Williams’ voice inspires nostalgia for the rustic and mighty Detroit. 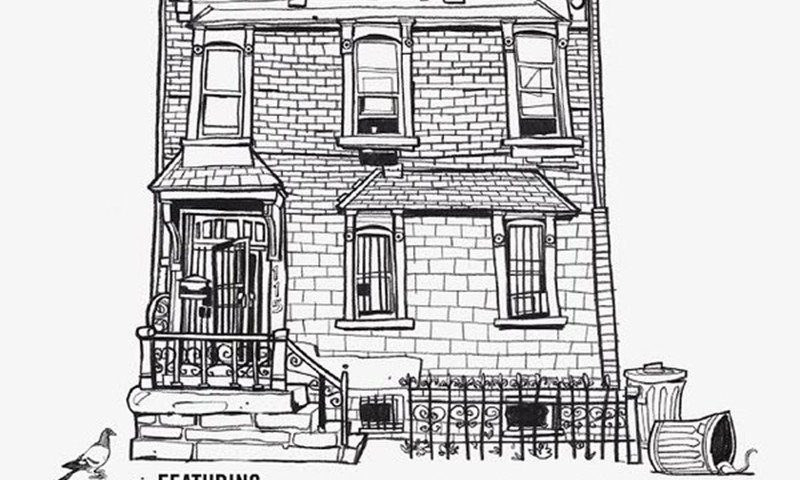 For this episode of Daptone Records Live from the House of Soul, the featured act is the afrobeat/funk/experimental group, Antibalas. This group was originally founded in December of 1997 and invokes nostalgia for the sounds of Fela Kuti. The video was recorded in the backyard of Daptone Records—the label famous for producing other contemporary soul acts like Sharon and The Dapkings, The Budos Band and Charles Bradley. This DVD celebrates the 2016 lineup with introductions from vocalist Amayo, Miles Arntzen (drums), Martin Perona (baritone sax) and Jordan Mclean (trumpet). Each member professes their deep appreciation for all things Kuti and soul, which is appropriate, as it gives the viewer a brief glimpse into the foundation of these talented musicians. They are the living and breathing embodiment of what they play, and it is clear after viewing this episode that everything they do channels the unique energy that comes from their funk/Afrobeat hybrid. Antibalas–Live from the House of Soul gives its listeners a real treat. The tracks featured are ‘Dirty Money,” “The Ratcatcher,” “Him Belly No Go Sweet” and “Sare Kon Kon.” Each track is jam-packed with energy that will get the viewer getting up and uncontrollably grooving to the infectious sounds of Antibalas.

Alex Figueira: I met The Grits when they asked me to put up a gig for them in Amsterdam, back in 2008. In the process I discovered that their label at the time (Freestyle Records) didn’t want to put out a tune they did called “The Sons of Your Funk Mother,” which I found amazing, so I offered to put it out on Music With Soul. I developed a friendship with Stuart and James after that crazy weekend for we all shared a similar level of musical nerdiness.

Can you dig it?