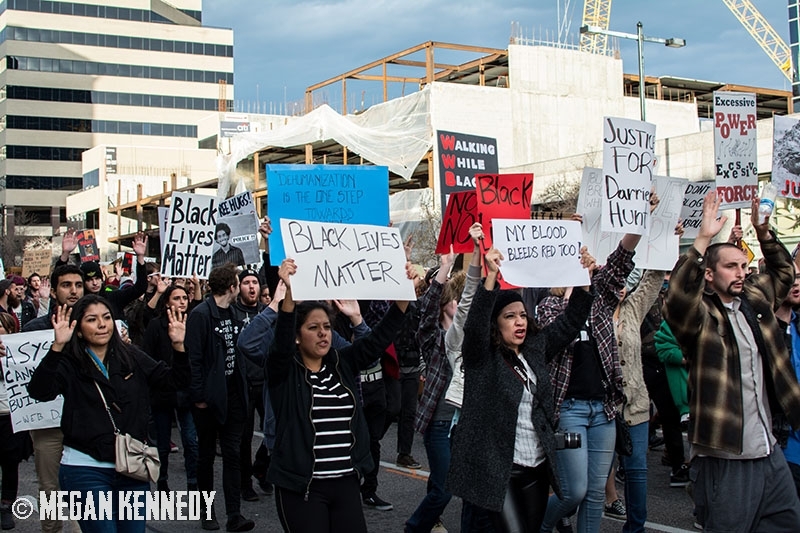 The shooting of Mike Brown at the hands of police officer Darren Wilson has shaken our nation to its very foundation, bringing to light police brutality toward African Americans and the police’s overt display of militarization. Adding further to the profound outrage of the many seeking justice for Brown, the legal option seemed wasted as a grand jury decided not to indict Wilson for his actions. As if this were not enough of a blow to the Ferguson community, many were immediately aware of the cold hand dealt to them during the initial handling of the unrest following the shooting of Brown. The Ferguson Police Department’s actions in quelling unrest were questionable, at best. Their actions included detaining journalists and enforcing night curfews with tanks and tear gas. The rioters only calmed after Missouri Governor Jay Nixon ceded authority from Ferguson Police Department to the Missouri State Highway Patrol Captain Ronald S. Johnson……