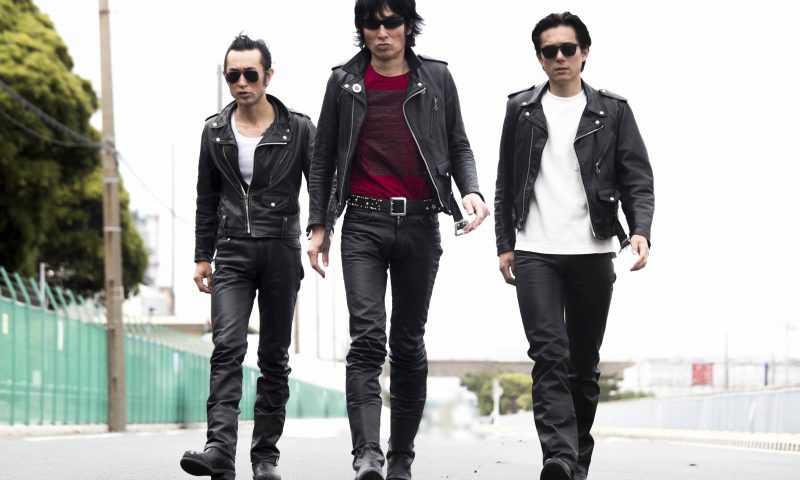 At the age of 20, I was introduced to Guitar Wolf via their 2000 rock n’ roll zombie b-movie, Wild Zero. A year later, in 2011, I failed to catch them in Salt Lake City at the Urban Lounge. Luckily, I soon moved to the UK and saw them perform in Brighton, England, with The Ricky C Quartet in support. In that intimate venue, I was sold on Guitar Wolf. The show was an inspiring experience. These guys clearly lived and breathed everything that is rock n’ roll: It wasn’t an act or some shallow novelty— for these guys it was a lifestyle. They played dressed in their signature motorcycle jackets and lit the room up with an untamable fury. Since then, getting their records has been a priority, and watching Wild Zero, a yearly tradition.

For the soon to be initiated Guitar Wolf are the true—and perhaps among the last—embodiments of the hopeless romanticism that powers rock n’ roll. They blasted out of Nagasaki and onto the Japanese garage rock scene in 1987, around the same time as The 5,6,7,8’s and Teengenerate. They are a mix of the Ramones speed-like-intensity fused with the rockabilly nature of Link Wray, but with a defiantly Killed By Death punk attitude. Since forming, Guitar Wolf have released 14 studio albums, their most recent T-Rex from a Tiny Space Yojouhan in 2016. Throughout, their style has remained consistent. Their sound is nothing short of “Jet Rock n’ Roll’—a term they invented. It’s wild, raw and must be heard devastatingly loud.

2017 is Guitar Wolf’s 30th anniversary. They will be touring the States and landing in Salt Lake City on July 3 at Urban Lounge. Before we bear witness to their awesome fury, frontman Seiji talks rock n’ roll in Japan, their recent album, the “Shimane Ajet Festival” and Fabian Huebner’s new film, An Electric Fairytale, in which Seiji stars.

Dig the full interview with Seiji of Guitar Wolf published by SLUG Magazine!!