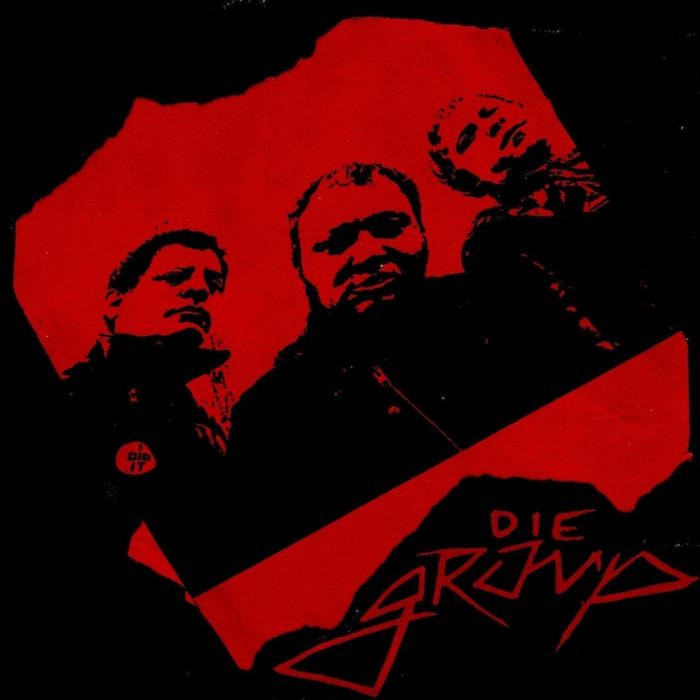 Like a bat out of hell, Die Group released their self-titled EP. This record is the first to pressed by their label Sex Tape Records, which is run by Stacy Ellen Rich and Die Groups own Eric Big Arm . One could easily mistake Die Group as a band that haunts the grooves of a Killed By Death Compilation. This is because their sound is impressively oppressive as they easily live up to the Los Angeles legendary punk heritage by walking a tight rope between the brutality of late ‘70s California punk that meets the foreboding heaviness of early ‘80s hardcore.

For this self-titled EP, each song is under two minutes and easy to follow. Upon listening to the first song “Joe Namath” it’s clear that their sound is simple, fast and heavy. In other words this first track wastes no time assaulting the senses and that’s a feeling that is pretty consistent throughout their EP.  Die Group are s not complex or longwinded, but rather they are straight to the point punk rock. Theirs’s is a devastating sound that should be heard. So waste no time in catching these cats on their wax.

For more about Die Group check out their bandcamp.