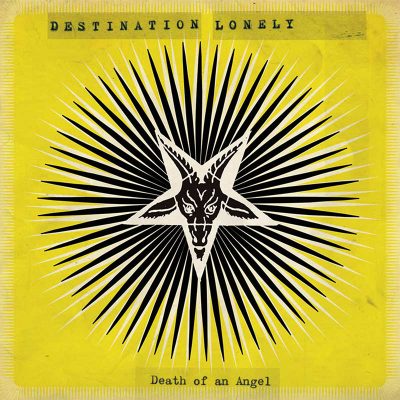 Destination Lonely’s Death Of An Angel is swampy garage punk at its boggiest. Hailing from Toulouse/Bordeaux, this group delivers sounds infused with heavy guitar distortions and groove moods. It’s a style that’s been heard before, but not with this group’s approach. This is not surprising, given that this album is named after the Donald Woods & Vel-Aires soulful 1955 track of the same name.

The opening track, “Dirt Preacher,” is a cover by the 1980s Memphis-based rockabilly outfit, The Gibson Bros. It’s a sort of chaotic, bluesy, psych-punk tune from the inner depths of the smoke-filled garage. Its swirling distortion effects are enough to make the head spin—given the right additives. Listening to this sober might invite headache or bits of enlightenment.

Got my hands on Les Grys-Grys “Milk Cow Blues”

Thank you @stupidfuckingjules for showing me this

Perhaps one of my favorite The Jam songs, “The B

Another one I got in the mail during the first day

A hellish week with no power for four days. All th

No power. Day two. It’s a bit chilly. Could be w

Playing chess and Waiting through the Black Out wi